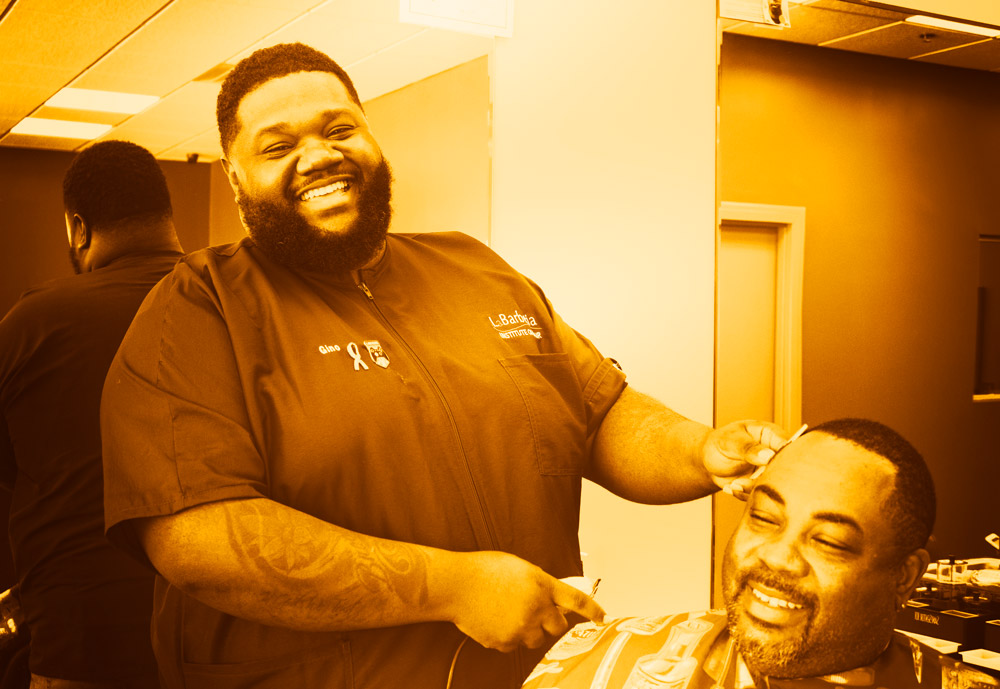 LaBarberia Institute of Hair, the Cleveland Barber College has been recognizing our students with a monthly spotlight, for their talents, ambition, and hard work. During the month of August 2018 we would like to acknowledge Gino “The Heavyset Barber™” Blair.

Gino, from Cleveland Heights, Ohio originally got into barbering when his brother, Derrion, taught him how to cut his own and his friends’ hair. Gino’s brother was not able to acquire his license to become a barber–thus Gino saw it in himself to step up and pursue one of his passions as a full time job.

Gino’s second passion outside of barbering, playing video games. Before coming to LaBarberia, Gino worked at his dream job, GameStop. When presented with a managerial position, he made a tough but right decision to take up barbering full time and join LaBarberia as a student to follow a brighter future career as a barber.

Gino is proud to be a barber, not only for himself but for his brother as well. Gaming is still a huge part of Ginos life, but now he’s got a career that’s also his passion. He continues to be an Elite Gamer.