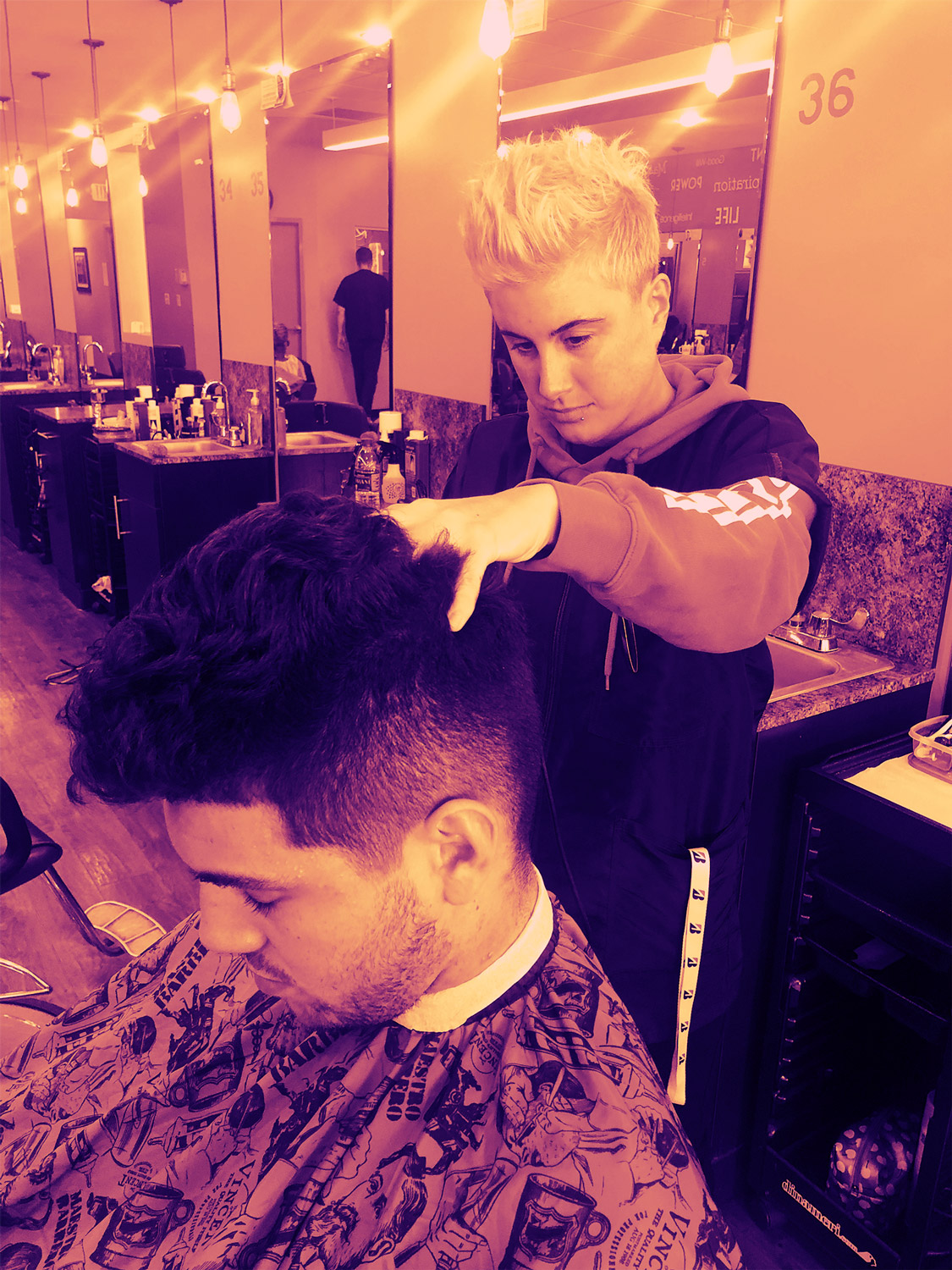 LaBarberia Institute of Hair, the Cleveland Barber College, has been recognizing our students with a monthly spotlight for their talents, ambition, and hard work. During the month of September 2018, we would like to acknowledge Brandy Harkless.
Brandy is from Akron, Ohio. Before deciding to become a barber, she was a student at the University of Akron for two years. Her family influenced her to get involved in barbering.

Brandy has always been around a group of barbers. Her identical twin sister, Brittany, received her cosmetology license from Regency in Akron. Her sister has worked at several salons and inspired Brandy to try it as a possible career path. Brandy’s brother, Matthew, goes to the Akron Barber College and his wife does cosmetology as well. Barbering is in the family!

Brandy spends her weekdays driving from Akron to Mayfield Heights to pursue her passion. She chose to come to LaBarberia because she knows it’s the best barber college around. She knew she could go anywhere else, but other options would not give her the financial aid and the classroom teaching experience that LaBarberia offers.

On the weekends, she’s working, taking care of a lady who was diagnosed with Parkinson’s disease. Brandy has recently joined the Cleveland Fusion, playing on Cleveland’s women’s full-contact football team, this upcoming season. She’s excited to demonstrate her speed as the team’s wide receiver, while keeping her hands taped up, to avoid any injury to her “money-makers”.